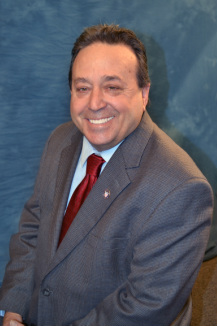 Joe Pizzillo was elected to his first four year council term in 2009 and re-elected to his second term in 2015 and third term in 2017. Through a vote by Council, he was elected Vice Mayor and was the City's Acting Mayor from November 2010 through March 2011.  Joe was  selected by his fellow City Council Members to represent the City during trying times that ultimately led to a special election to elect a Mayor in March 2011.  His priorities as a Councilmember included ensuring the city’s financial stability, maintaining quality services that are cost-effective, and protecting our neighborhoods by improving public safety.

Joe brings over 30 years experience in state and local government budgeting and finance to his seat on the council. Prior to his retirement from the City of Goodyear in 2008, he served as the Budget Manager. Currently, he is an Adjunct Professor teaching accounting and finance classes for the University of Phoenix, Estrella Mountain Community College. Grand Canyon University and Park University.

Joe serves on the Board of Directors for The Southwest Lending Closet and is an active member in the PebbleCreek Rotary Club.

A Valley resident since 1986, Joe and his wife, Vickie, live in Goodyear. His son, Nicholas, and his wife, Kristen, have blessed him with granddaughters Sophia Irene and Aubrey Rose.

Photo Slideshow of Joe in the Community and with Family